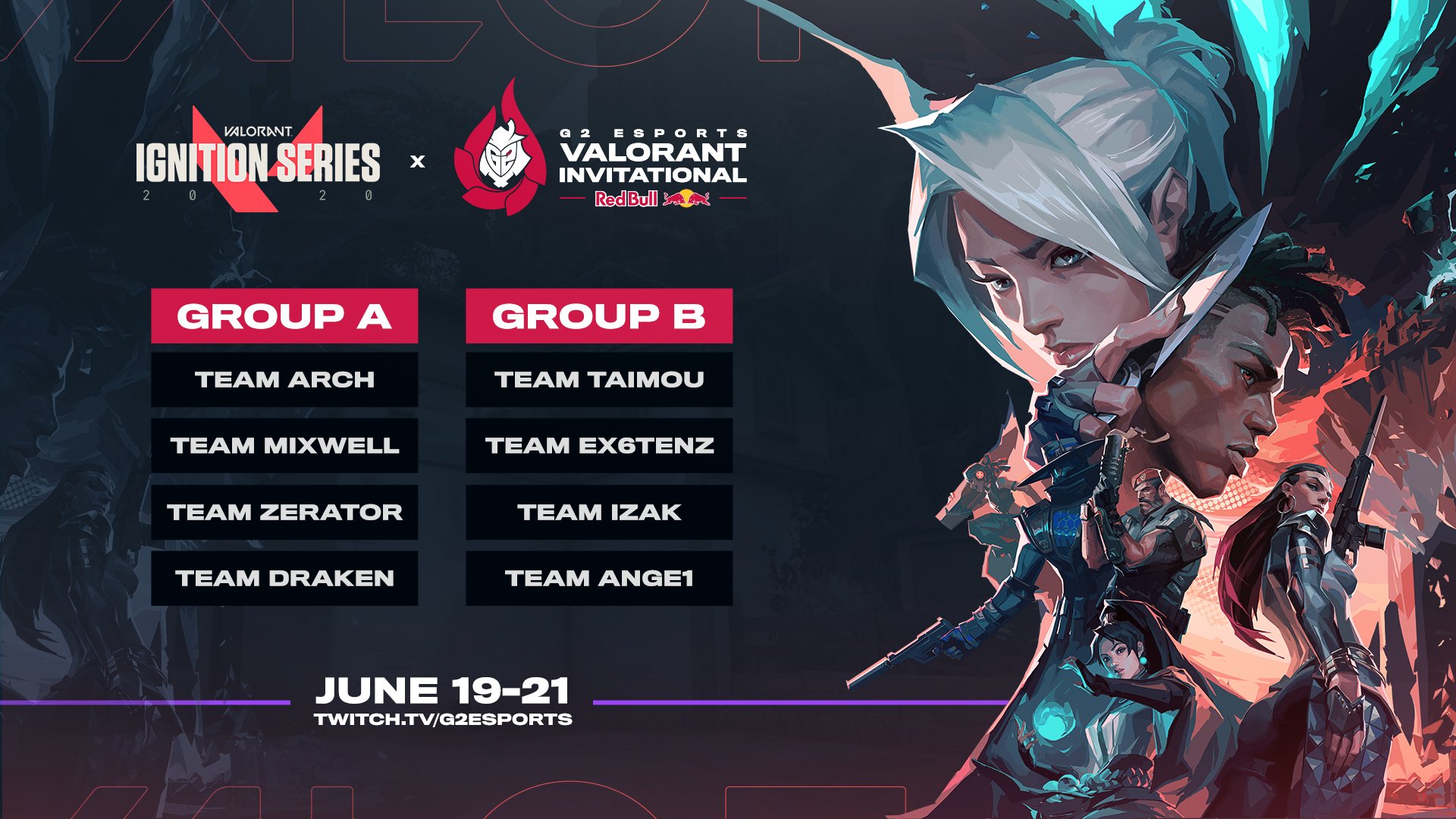 The G2 Esports Valorant Invitational is one of the first of the recently announced, official Riot-partner program, Valorant Ignition Series events. The purpose of this program is to spotlight a few tournaments each week, with the aim of discovering talented players and building global recognition for Valorant teams and brands.

In the announcement for the Valorant Ignition Series, Valorant Esports Strategy Lead, Kasra “CURIOUSKAZ“ Jafrood, further outlined the purpose of the program as, “A series of tournaments created in partnership with players, teams, content creators, and tournament organizers from all over the world focused on building the VALORANT competitive ecosystem. This is the first step Riot Games is taking after launch to facilitate organized competitive play at scale by unlocking best-in-class esports organizations to experiment with a diverse set of formats and lay the foundation for competitive VALORANT.”

The G2 Esports Valorant Invitational begins on June 19th and ends on June 21st, with a total prize pool for the event of €15,000. The tournament format consists of eight teams, all of which have had almost no time to prepare, as the players making up these teams were only announced the day before the event. These eight teams have been split into two groups, which will play a group phase over the first two days. This group phase is only for seeding purposes and all eight teams will continue on to the playoff bracket, which will take place on Sunday the 21st. The format of the playoff bracket will be single-elimination.

CEO of G2 Esports, Carlos Rodriguez, commented on his organization’s involvement with Valorant, stating that, “We are ready to open the VALORANT Ignition Series and continue the success of the G2 EU Brawls in an all-out entertainment-filled invitational. “Our partnership with Riot has helped make the European League of Legends community the force it is today and contributed to the success of the LEC, and I have no doubt that we will do the same for VALORANT.”

Full schedule can be found below.

While this event may not be showcasing the highest level of competitive play, it should certainly be entertaining to watch! Catch all the action at www.twitch.tv/g2esports.

Be sure to stay tuned to Run It Back for all things Valorant.