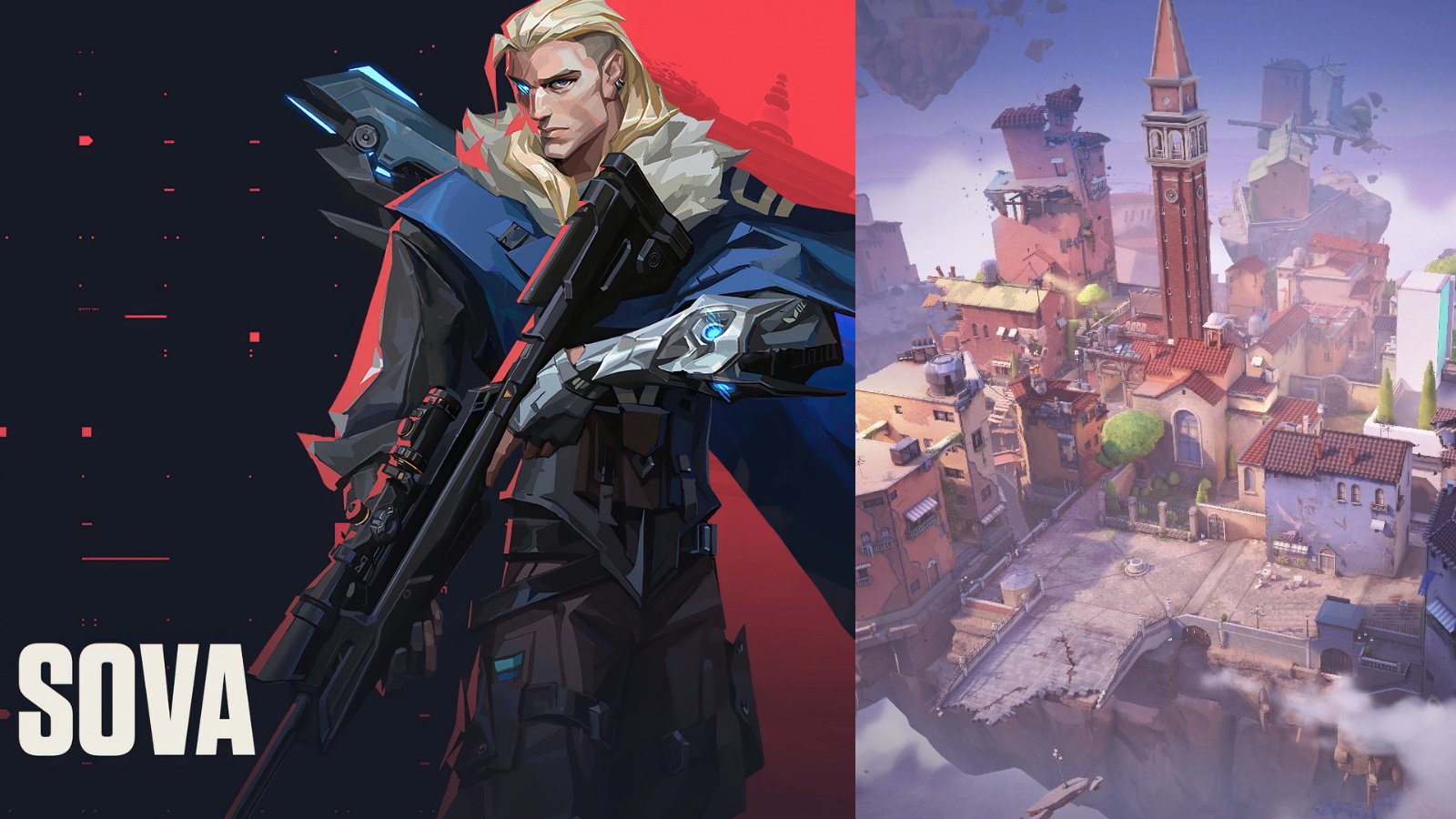 This guide will demonstrate three Sova Recon Bolt lineups on Valorant’s map, Ascent. These will help you use the powerful ability to its full potential on defense.

Sova’s Recon Bolt ability can be used in many effective ways and out of Sova’s kit, has the most potential to impact the game. Well placed Recon Bolts can allow your team to make aggressive plays, as well as having the ability to gain valuable information to assist with rotates. It is also a very useful tool for retaking bombsites.

The first lineup in this guide will help you gain information towards A-lobby and the top of Middle. The second lineup will allow you to peek aggressively into B-main, as well as giving you the opportunity to spam through the walls if enemies are spotted. The third lineup will provide your team with valuable information in the Mid-courtyard – a highly contested area.

In order to do this lineup, you’ll need to be positioned on the rafters at A-site. From there you will need to charge the Recon Bolt to approximately 1.5 bars and have it set to bounce once. This Recon Bolt lineup will provide you with information on enemy players’ positions at A-lobby, as well as the back of Middle.

This lineup could be used effectively at the start of the round in combination with teammates playing aggressively in Middle. The Recon Bolt will spot the enemies peeking from the back of Middle, giving your teammates an advantage. You could also use this lineup in the mid-round, when you suspect the enemy team might be moving back towards A-lobby.

For this lineup, you will need to position yourself on the ledge above the B-site, right up against the wall. From there you will again charge the Recon Bolt to approximately 1.5 bars and have it set to bounce once. This will provide you with vision towards the entrance of B-main.

This lineup could be used to spam through the walls, catching players who are positioned in that area. It could also be used in combination with an aggressive peek from a teammate. Not only will the Recon Bolt position show the location of enemies in B-main, but they will need to turn around in order to destroy it. If timed correctly, there will be a window of opportunity for a teammate to push into that area and catch enemy players off guard.

This lineup will require you to position yourself up against the wall in Market, as shown below. From there you will need to fully charge the Recon Bolt, while having it set to bounce once. This Recon Bolt position will provide you with information on the whole of the Middle area.

If the enemy team is taking control of Middle with smokes, this lineup can be used very effectively to gain valuable information on this area. You can also use it to spam through the walls.

For anyone playing Sova as one of their main agents, it’s always good to know as many Recon Bolt lineups as you can. Before you try these out in a ranked game, it’s definitely worth practicing them once or twice on a private match. This will also help you to remember them when going into a rated match.