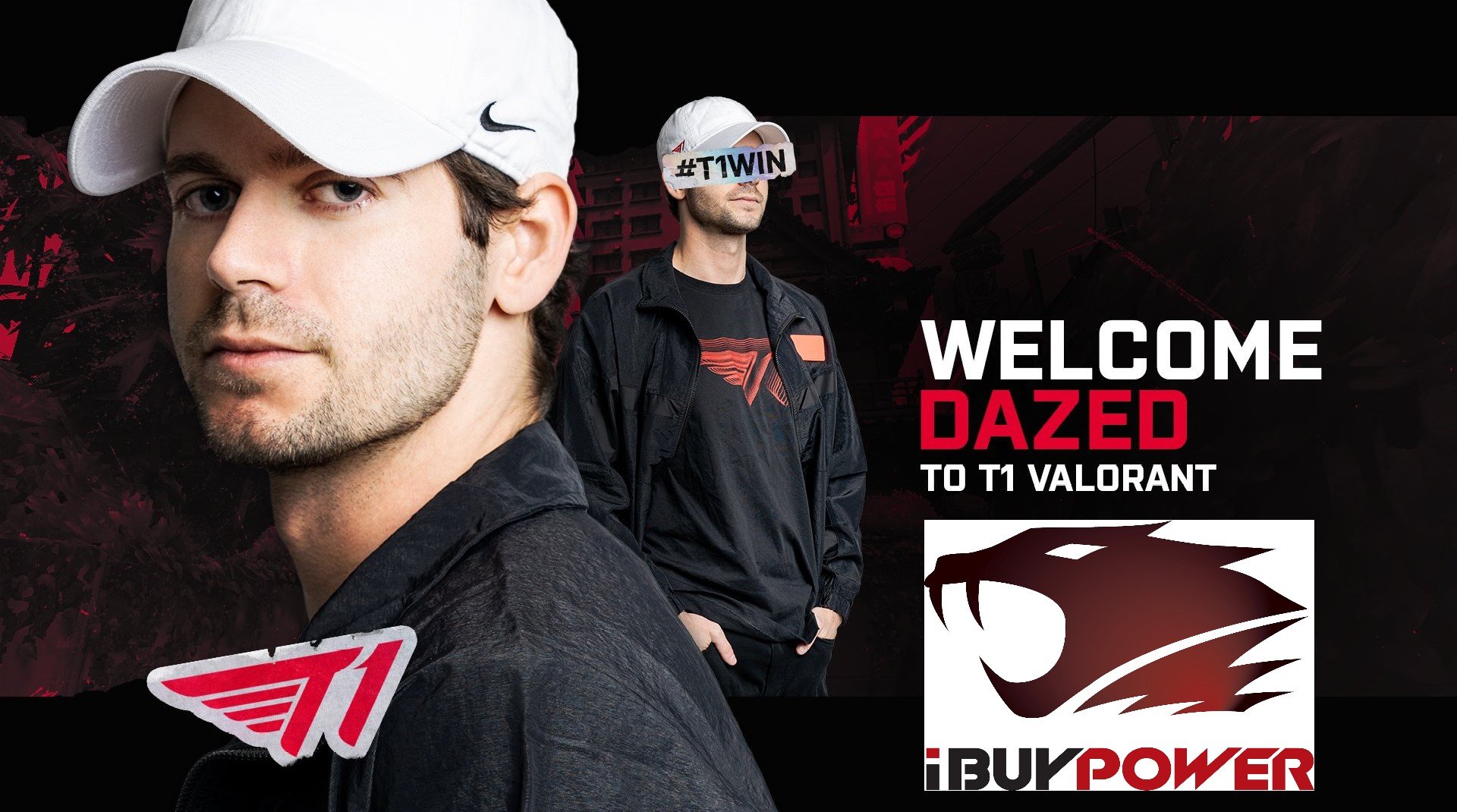 T1 has announced that the Valorant team has brought Sam “DaZeD” Marine on board. With Tyler “Skadoodle” Latham also being back in business after a Tweet, T1 Valorant team has taken on the shape of the infamous iBUYPOWER CS:GO team.

DaZeD is back in business with his former teammates

With the exception of Joshua “steel” Nissan, who is currently at 100Thieves, T1 has recreated the 2014 CS:GO iBUYPOWER roster. Being one of the best Counter-Strike teams at the time, iBUYPOWER’s match fixing scandal shook the scene, with all the players involved becoming “Valve banned”. This meant that they could not participate in any future Valve-sponsored events. Being a huge blow to the team and players, iBUYPOWER was no more starting January 5, 2015.

The end of 2020 marks the year in which 80% of the former iBUYPOWER roster reunited under a new banner and in a new esports scene. After a rocky start in Valorant, the T1 team has decided to rebuild the roster. With Austin “crashies” Roberts, and Victor “food” Wong transferring to Team Envy, the T1 Valorant roster was ready for changes. There still is one vacancy on the roster to fill before the North American team is ready to compete once more.

It appears that Skadoodle will be rejoining the squad. His Twitter post also suggests that T1 has fully completed their Valorant roster, despite the last player not being revealed yet.

Skadoodle has been on temporary leave from the T1 roster since the end of August. The decision came after a series of disappointing tournaments for the NA force, as Skadoodle decided to expand his agent pool.

With the addition of DaZed to T1 Valorant, the roster now has:

Tune in to Run it Back for all your latest news, extensive guides, and exclusive interviews in the world of Valorant. Also join our Discord to enter competitions and win prizes.