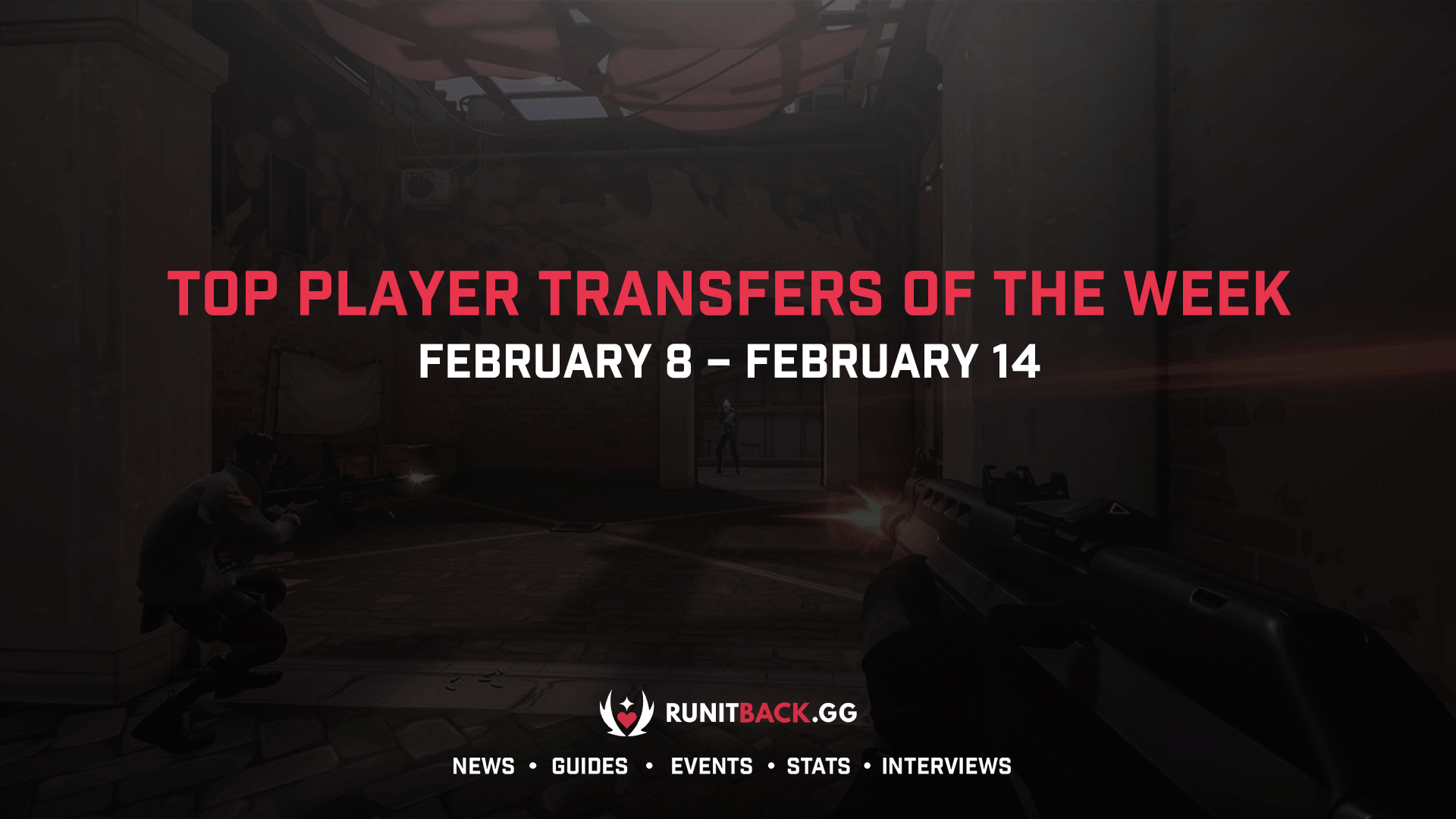 Welcome to the fourteenth edition of Run it Back’s Top Valorant Player Transfers of the Week! This week was just as full of exciting moves as last week! Make sure to check out our last installment to stay updated! Here are the top Valorant player transfers for the week of February 8 – February 14.

Jacob “mini” Harris, the ex-coach of SUMN FC, is now coaching Fnatic. This was bound to happen since Fnatic signed the SUMN FC roster when they entered Valorant.

Kpiz out of Team FInest

Jack “kpiz” Pragnell, who used to play for ROYALS and Rix.GG, is now out of Team Finest as well.

AZK and Brax out of T1

As we expected, Braxton “brax” Pierce and Keven “AZK” Larivière have left T1 after Timothy “autimatic” Ta joined the team.

The Australian organization Mindfreak released their roster and signed an entirely new one, all within a day of each other. Coach arken is the only original member to stay on the team.

After Yasin “Nisay” Gök was banned by Riot for cheating, the Turkish organization decided to disband their entire roster just four days later.

Ex-CS:GO pro and personality Roy “StrongLegs” Ahad was signed to Renegades’s roster as a player.

Jake “POACH” Brumleve announced that he is benched from Andbox and is looking for new opportunities.

Evil Geniuses signed ex-CS 1.6 pro Jimmy “Lin” Lin as a coach for their Valorant team. Lin used to play for Evil Geniuses in CS 1.6 over 15 years ago.

PENTA lost both Kenny “Luc1d” Gauthier Kühlmann and Emil “Garrix” Räth this week, knocking their roster down to three players.

Ferdi “Pure” Ebiri left the Turkish organization this week due to the team lacking an IGL.

The orgless team Big Frames are down to four players after James “Nurfed” McFadden left the team.

The Korean roster of American organization BearClaw Gaming announced their departure from the org. According to team manager Steven Kim, the team has not been paid since January. They will continue to play together as Team MUYAHO.

Thanks for tuning in for our fourteenth edition of Valorant Top Player Transfers of the Week. Is there a transfer we missed that you think we should have included? Let us know and tune in next Sunday for our next Top Player Transfers of the Week! As usual, remember to follow us at Run it Back and join our Discord for all your latest news, extensive guides, and exclusive interviews in the world of Valorant.

Not-yet-famous esports writer. Started out with CS:GO but now I write about Valorant too. Check out my article backlog on Twitter!